On March 15, 2018, four Central Asian leaders met at an important summit in Astana, the capital of Kazakhstan, to discuss regional issues ranging from economic to environmental to security concerns. The summit featured the presidents of Kazakhstan, Kyrgyzstan, Tajikistan, and Uzbekistan, and marked a significant moment for the region, as Uzbekistan, after years of strained relations, has worked under the leadership of President Shavkat Mirziyoyev to improve his country’s ties with the other Central Asian states.

Noticeably absent from the summit was Turkmen President Gurbanguly Berdimuhamedov, who sent a delegation that included his son and other government officials in his absence. While it’s not entirely unusual for the president of Turkmenistan to miss such a summit – Berdimuhamedov’s predecessor, Saparmurat Niyazov, also made a habit of the practice[i] – the reasoning behind President Berdimuhamedov’s absence is indicative: he chose to visit Kuwait and the United Arab Emirates instead. The Gulf offers the potential for a financial lifeline that Turkmenistan’s Central Asian neighbors cannot match.

Turkmenistan is in need of economic assistance and financial support as the country’s economy continues to struggle. As Catherine Putz wrote for The Diplomat, “Nothing happening in Kazakhstan this week can be more important than Turkmenistan getting access to more funds to actually make the TAPI pipeline a reality.”[ii] Turkmenistan brought a large number of officials on the Gulf trip and has inked numerous Memorandums on Cooperation with Kuwait and the United Arab Emirates.

The thrust of Berdimuhamedov’s visit was economic, but, notably, his delegation included several top security officials, such as the Minister of Defense, Yaylym Beridiev, and the Head of the State Border Service, Begench Gundogdyyev, who commands the country’s Border Guard Forces.[iii] The UAE, the second stop on President Berdimuhamedov’s trip, has become a growing arms supplier for Turkmenistan in recent years, through the provision of tactical military vehicles like the Ajban 440 and LRSOV, both of which are produced by NIMR.

The purchase of Emirati military equipment, especially vehicles, benefits Turkmenistan’s rapid response capabilities, particularly in the country’s efforts to secure its border with Afghanistan.[iv] NIMR’s vehicles have been put to operational use by both the Emirati military and allied militaries in the Middle East, demonstrating their combat effectiveness. One configuration of the Ajban 440 in use by the Turkmen Armed Forces features an anti-tank guided missile system as well as an anti-aircraft gun. Turkmenistan is likely anxious over the use of vehicle-borne improvised explosive devices,[v] as well as the proliferation of unsophisticated unmanned aerial vehicles in the hands of insurgents.

While details about the visit have been sparse – as is always the case with news regarding Turkmenistan, and even more so with news about the country’s military – Emirati state-owned WAM reported that Turkmen Minister of Defense Berdiev met with the UAE’s Minister of State for Defense Affairs, Mohammed bin Ahmed al-Bowardi, as well as other senior UAE military officials, to discuss “ways of consolidating ties of friendship and cooperation in defence and military fields.”[vi] WAM did not identify those military officials specifically, but the Chief of Staff of the UAE’s Armed Forces and the Deputy Supreme Commander were known to have been included in the UAE’s welcoming delegation.[vii]

There is no indication of what the two sides talked about more specifically in terms of “defense and military” cooperation. While the UAE might want to gain favor with a neighbor of its rival Iran, Turkmenistan’s permanent neutrality ostensibly should preclude most security commitments. The situation in Afghanistan and, more recently, the country’s financial troubles may have forced Turkmenistan to more aggressively court potential suppliers of arms and financing, but the country is not seeking to be embroiled in regional rivalries.

Beyond abstract discussions of the regional security environment, it is plausible that the two sides reviewed new potential arms agreements as a component of the broader agreements currently under negotiation. That Turkmenistan’s budget is strained, and its economy faltering,[viii] is apparently not an obstacle to Berdimuhamedov’s desire to bolster the country’s armed forces, as indicated by the various new hardware that has appeared in Turkmen inventories in the last few years. It is entirely possible that Berdimuhamedov’s unease with the country’s domestic conditions is even part of what is prompting his increased investment in the security forces, besides the situation in Afghanistan.

Whether any arms contracts were signed during the Gulf visits will not become apparent for some time. Most likely, it will only be revealed when new systems turn up in a military exercise or the country’s annual parade. Nevertheless, it is clear that Ashgabat views the UAE, especially, as a key partner for ensuring stability in Turkmenistan.

Please feel free to use this content with Forecast International and analyst attributions, along with a link to the article. Contact Ray Peterson at +1 (203) 426-0800 or via email at ray.peterson@forecast1.com for additional analysis. 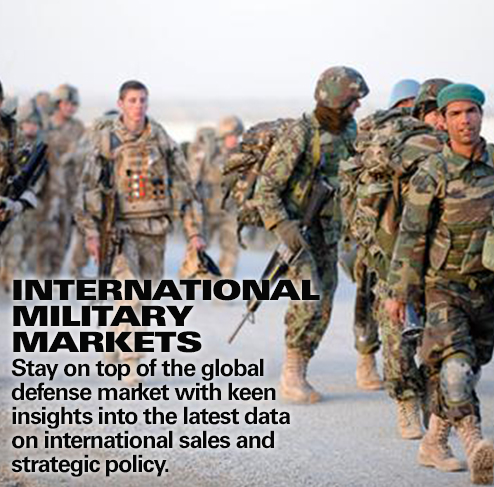 Balloon vs. Satellite; China and Its Wayward Balloon

For over 45 years, Forecast International intelligence reports have been the aerospace and defense industry standard for accurate research, analysis, and projections. Our experienced analysts compile, evaluate, and present accurate data for decision makers. FI's market research reports offer concise analysis of individual programs and identify market opportunities. Each report includes a program overview, detailed statistics, recent developments and a competitive analysis, culminating in production forecasts spanning 10 or 15 years. Let our market intelligence reports be a key part of reducing uncertainties and mastering your specific market and its growth potential. Find out more at www.forecastinternational.com

View all posts by Forecast International →

Forecast International’s International Military Markets service provides a country-by-country examination of the military capabilities, equipment requirements, and inventories of over 120 nations. The individual country reports are structured to condense a vast range of information into concise segments. Governmental and political structures, political and economic trends, national and defense budgets, force structures, military planning requirements, recent and future procurements, the security environment, threat assessments, and military postures – all are detailed in these six services broken out by region (click each title for more details).

Other FI Services of Interest

Your privacy is very important to us. We protect your personal information as if it were our own and we do not provide or sell this information to any other group or organization. You may opt out of our email promotions at any time by selecting opt out, and your email address will be permanently removed from our list.

Stay up to date on the latest from Forecast International

Sign up for the latest blog posts and products sent straight to your inbox.